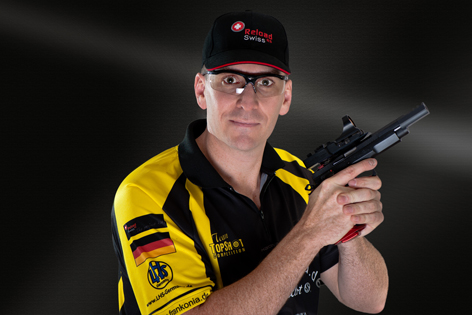 Nils was born in Mainz, by the Rhine River, on 19 September 1976. After completing school, he earned a vocational qualification in power electronics with an automotive company based in Rüsselsheim, where, after a series of continuing education courses taken on his own time, he has since been promoted to a management position in company security.

Nils was introduced to dynamic shooting as a sport at the age of 18 by his older brother, and started out in the open class. From the outset, he succeeded in placing among Germany's top shooters. In recent years, he has accumulated an impressive array of champion and vice-champion titles in various dynamic and static disciplines in multiple weapon categories, and is an established member of the German national team. With his 13th place in the 2013 IPSC European Championship and 22nd place in the World Championship, Nils has cemented his standing among Europe's top ten.