By clicking on the right button or simply continuing to browse on our website, only cookies that are technically necessary are activated. Further cookies are only used if you actively select this in the privacy settings (CONVENIENCE button). You can change your cookie settings for this website at any time change . You can delete existing cookies via your browser functions.

Innovation from the Bernese Oberland, or a new powder for the “softies” among reloaders

Figure 1: The test subjects for this report

It’s a scenario, or challenge, that every reloader will recognise – having to get a minimal IPSC or IDPA factor with as little rise as possible for your own gun/ammunition combination.

No problem! A quick look in your box of tricks, conjure up a heavy projectile and a fast-burning power, and your new composition is good to go!

But that particular combo is sure to leave you feeling let down when it comes to measuring velocity, if not before. How in heaven’s name can the chronograph show so much variation in velocity from one shot to the next? Ah, of course, there’s one thing you forgot to factor in – load density. 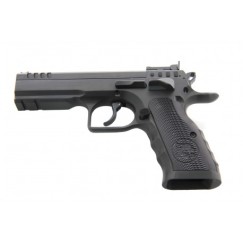 About three years ago, I myself faced the challenge of assessing an ideal gun and ammunition combination for IDPA shooting, which was new to me at the time. Since I didn’t really want to stray very far from what I was used to in IPSC shooting – in terms of production – I quickly picked out my gun for the IDPA SSP category. I opted for the Tanfoglio Stock I, which comes in a number of different calibres. Since the matches are primarily staged in neighbouring countries (more specifically, in Italy), choosing the calibre wasn’t exactly straightforward. Up until last summer, the 9mm Luger calibre was banned for private use in Italy.

Now, it would have been easy to pick the 9x21 mm calibre – parts wouldn’t have been a problem, nor would the loading. The challenge with that particular calibre is not so much technical as it is organisational. Since the two cases are almost identical in length, there would undoubtedly be mix-ups – at least in my case. What’s more, it was about time I had a .40 S&W in my locker.

It didn’t take me long to get all the various components I needed. I had the gun configured by Dominic Meier, ordered from Aebi Waffen and delivered quickly. I bought the projectiles from colleagues. I had the powder from the RS range in and the primer, too, so it was time to load up the first test subject. The projectile I chose was a GM (180 gr), the powder RS12 (3.9 gr), and the OAL 28.7 mm. The result of this configuration was an average IPSC/IDPA factor of 133. As I mentioned earlier, the deviations were in the region of +/- 70 fps and, although I’m certainly no perfectionist, that’s too much variation even for me.

In the meantime, the law has changed in Italy and 9 mm Luger ammunition is now permitted. This poses a dilemma. Should I sell the .40 S&W components, clear out some space in my locker and buy a 9 mm Luger barrel?

However, something else has also happened. About six weeks ago, Dominic Meier, the shooter rep for RS reloading powder came to me with a black tin. He wanted to know whether I could do some testing. You can imagine the look of confusion on my face, but Dominic quickly explained that it was a new powder approximately equivalent to the RS12 but with a considerably higher load density.

Every reloader will know what’s coming next – determining the powder volume. Under normal circumstances, it’s a case of half a turn left or right, reweigh, readjust and JOB DONE. After a half turn right “spat out” around 1.2 gr of the new powder, several full turns to the right immediately followed. I was able to repeatedly set the desired quantity precisely – in my case 3.4 gr. This is certainly one of the benefits of this powder and its high volume per unit of weight. The first 10 cartridges were put together quickly. I made another 10 cartridges with 3.6 gr and another 10 again with 3.9 gr. The next item to be ticked off the list is that all-important velocity measurement. Given how close I am to the cellar range at Waffen Wyss in Burgdorf, that didn’t take long to organise, and the same goes for setting up the photoelectric measurement device and taking the measurements.

Loading with 3.9 gr produces a good IPSC/IDPA factor of around 134. The most important thing to note is that the individual measured values varied by +/- 40 fps. The original value for the RS12 powder had been almost halved.

In preparation for the next IDPA match that was taking place a couple of days later, I “stuffed” my cartridges with 3.8 gr. It was a success – the gun worked well every time, even when shooting with my weak hand. During the low-light shoot, I didn’t notice any significant muzzle flash or big clouds of smoke that could interfere with aiming or rapid fire.

The cartridges were subjected to another round of measurements at the last club training session in the cellar range of Waffen Ingold. This time, I used LabRadar. The 12 cartridges I measured yielded an average of 734 fps, with variation at +/- 38 fps. The factor achieved at the lowest velocity was 125.46 and the factor at the highest velocity was 139.14. That resulted in an average factor of 132.12.

I am convinced that using a VM or a copper-plated projectile will help further reduce the variation within a series of measurements. A factory crimp would also have a beneficial effect.

If you think that’s the end of it all, you’re fooling yourself. There is also an IDPA revolver category. A match for this category was advertised in Burgdorf at the start of October. I signed up straight away. My gun and the necessary equipment were stored away safely in my locker – it was just the ammunition that I needed. Fortunately, I was able to fall back on a couple of hundred grams of 700x and put together the first loadings with a Frontier 158 gr projectile. My success was moderate, and I only got a factor of 105, or around 112 when incorporating a safety margin. Load density was considerably lower than 50 percent and with such a long case and shooting down, it could well be that... well, it’s no good being too pessimistic... 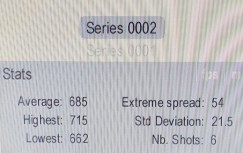 Figure 4: Measurement data for the .38 spl with Frontier projectile

Since we already have the new powder to hand, it seems a good idea to make up a couple of cartridges with it. But where to start? I sent a WhatsApp to Dominic Meier, an email to Wimmis and, a few days later, I got the first bits of data back by email. Based on calculations alone, 4.1 gr should be enough for a 158 gr projectile. However, since a 4.7" barrel had been used, without any cylinder gap, I decided to make up a couple of cartridges with 4.5 gr. That meant combining 4.5 gr of powder with a 158 gr CMJ projectile from Frontier and a 158 gr projectile from a Lee mould with an epoxy powder coating. Load density was around 80 percent. The Frontier projectile achieved 685 fps on average. Variation was +/- 27 fps. This resulted in a factor of 108.23. The home-made projectiles achieved an average velocity of 737 fps and thus a factor of 116.44. At +/- 60 fps, variation was relatively significant, but that could well be because the projectiles had been cast and coated at home.

That means the loading for the match is decided – I will make the cartridges with the Frontier projectiles and 4.6 gr of powder.

Up to now, I’ve only referred to it as “the powder”. Shall we let the cat out the bag? Its official designation is RS14. The examples I’ve described above explain its intended purpose. If we were in America, I would describe it as a typical cowboy action powder. It’s for reduced loads in familiar pistol and revolver calibres.

Whether RS14 can also be used for long guns in the usual wild west calibres and any other type of ammunition, I can’t say. However, the manufacturer’s official load data may well provide the answers to such questions. Otherwise, you could use Quick Load or GRT to run the necessary simulations. 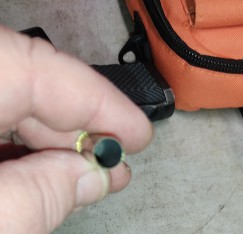 Figure 5: Case after being shot, as if out of the tumbler

The powder does what it needs to do and does it with total reliability and control. It combusts exceptionally cleanly, without soiling the gun and thus negatively impacting its functionality. Reload Swiss has knocked it out the park with this new powder. Other uses will need to be explored through testing. The US market is sure to embrace the powder, particularly given that only N32C serves similar uses.

All details on loading provided without guarantee. Every reloader is responsible for their own actions.